Photo by Lauryn Wachs, courtesy of The Nature Conservancy.

One of my earliest memories is peeking out at what seemed to be the tallest mountain in the world, Fishers Peak, and believing that it was just a staircase to the skies. For generations, the dramatic plateauing cliffs, surrounded by hills of pine, juniper, and oak have cast shadows on the quiet town of Trinidad below. The special character of the peak sparked my young imagination. It looked like a giant could climb all the way to the top in just a few steps.

Now, in 2019, after having the privilege of working the past year at Great Outdoors Colorado (GOCO), I am witnessing the monumental conservation of Crazy French Ranch and its beloved and iconic 9,633-foot Fishers Peak with awe, and I am filled with hope for Colorado’s open spaces.

Trinidad is a gateway to Colorado and a growing city. In 2017 Trinidad city officials, including Mayor Phil Rico, contacted Evelyne Jung, the owner of Crazy French Ranch, to discuss the city’s interest in buying a portion of the property. When they approached The Nature Conservancy (TNC) and The Trust for Public Land (TPL) for help with fundraising, they received an eager response. The nonprofit land trusts had been interested in the ranch, and in 2014 it was listed in a New York Times article as a 40,000-acre property for sale, at nearly double its current acreage. The organizations jumped at the opportunity to work together in partnership with the city to acquire the then 19,200-acre property. 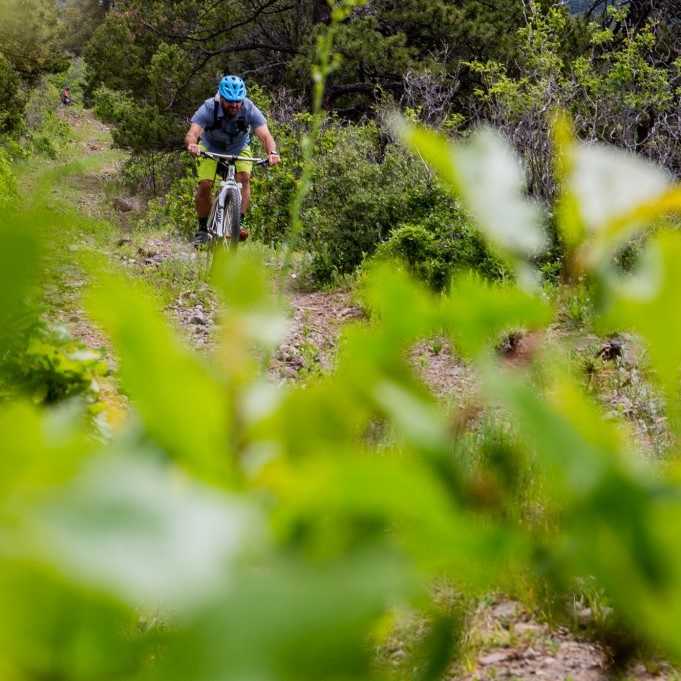 The ranch showed tremendous potential as a place to allow new public access for recreation while protecting its ecological values and beauty forever.

But the partnership would need additional support. To help fund the $25.4 million property acquisition, as of December 2019, the GOCO Board has committed $17.25 million to the project, marking one of the largest funding commitments in the organization’s history, and Colorado Parks and Wildlife (CPW) pledged another $7 million.

These financial commitments helped TNC and TPL close on the ranch in February 2019. Seven months later, while partners explored how the property could be most effectively managed, Governor Jared Polis signed an executive order to initiate steps to make the ranch Colorado’s 42nd state park.

“To say that this is a once-in-a-lifetime opportunity would be an understatement,” said GOCO Executive Director Chris Castilian. “The acquisition and protection of this land will benefit generations upon generations of Coloradans.”

This project opens public access to a mountain that has been a phantom to most locals, always in sight but never within reach. Access to Fishers Peak will create new outdoor education and recreation opportunities that Trinidad hopes will help transform the city from a pit stop into a true recreation destination.

Crystal Dreiling, park manager at CPW's nearby Trinidad Lake State Park said, “I think it’s exciting that we’re able to think outside of the box and dream big on this, and we’ll see what the end product is."

During a public outreach process centered in the community, local residents voiced enthusiasm for hiking, biking, horseback riding, camping, fishing, and hunting. The Trinidad community also made it clear that residents want to enjoy the untrampled landscape for what it is today and ensure that the property is not "overlooked" into the future.

“We heard loud and clear from over 300 Trinidad residents, including a hundred schoolkids, that the community’s connection to Fishers Peak is strong,” said Jim Petterson, Southwest and Colorado director for The Trust for Public Land. “People are hungry to have a close-to-home place to hike, hunt, ride and explore. This project will provide that opportunity, and help build the community’s sense of place and grow the region’s recreation economy.”

Locals and conservation organizations alike recognize the importance of protecting the property’s conservation values and creating new public access opportunities. Public recreation plans for the park will be guided by information gathered in archeological surveys and a broad-scale biological inventory, and plans will be implemented in phases over time across different areas of the massive property. 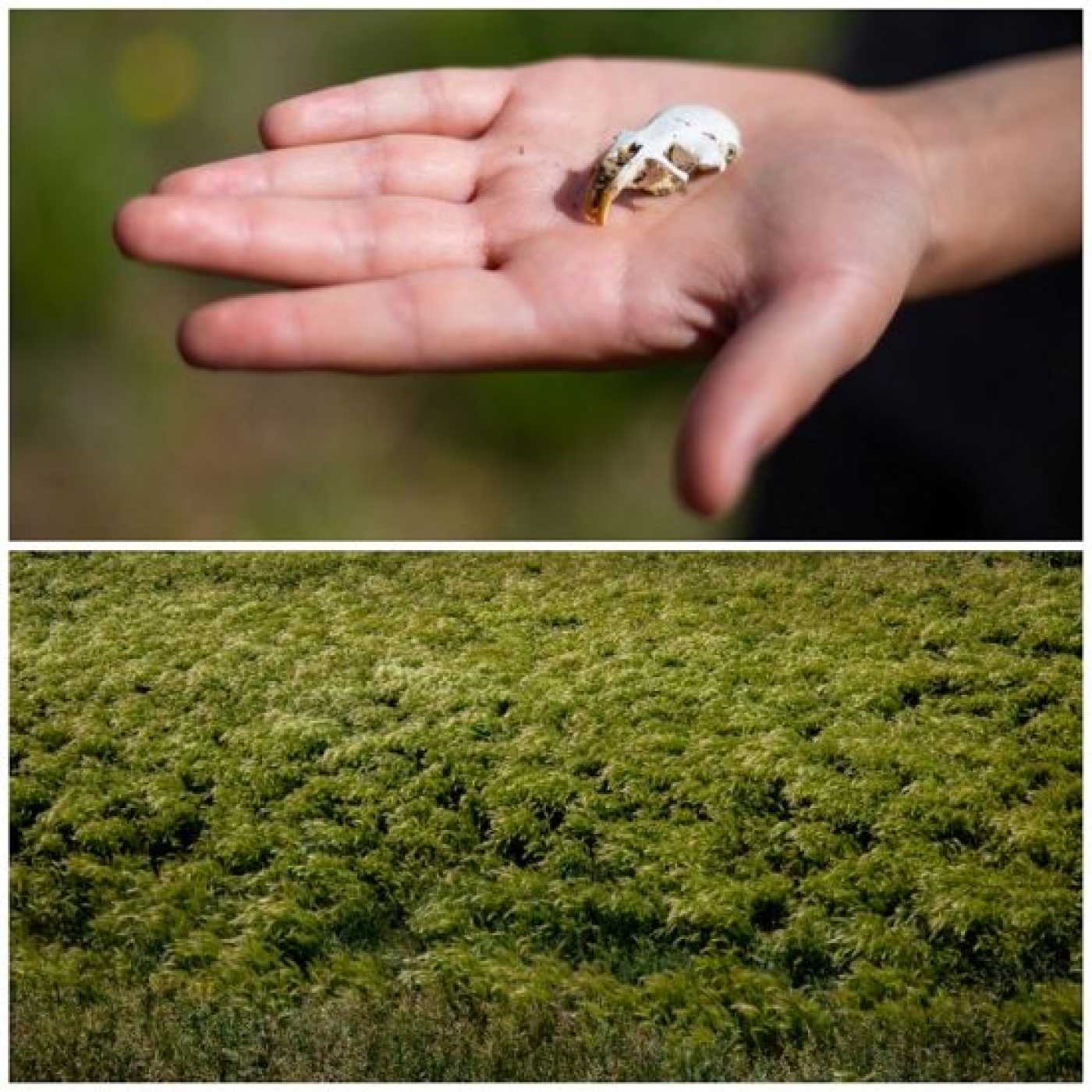 Three photos pictured above by Nina Riggio, courtesy of The Colorado Sun.

Though the property sits right at the southern I-25 entrance to Colorado, the property owners never allowed logging or oil and gas development, prioritizing natural conditions for wildlife and protecting the ranch’s cultural history. The intact and wild nature of the Crazy French Ranch is also important as a connection between some of the healthiest and most resilient prairie grasslands in the American Great Plains to the mountains of the Sangre de Cristos and beyond.

Positive land management and a lack of roads, fences, and other structures have allowed for an untarnished wildlife habitat suitable for many large mammal species. The conserved land will protect critical watersheds and habitats that are home to populations of elk, mule deer, black bear, mountain lion, and bobcat, among others.

In 1993, James M. John’s, great-grandson, David Vandermeulen, sold the land that would become James M. John SWA to the State of Colorado to open for public use in a way consistent with sound wildlife management. But the neighboring Crazy French Ranch did not have an access route for the general public to get to the SWA and its beautiful mesa. To access it, visitors had to go from New Mexico to Lake Dorothy SWA in Colorado, and then take a trail by foot or horseback for miles.

Once on the mesa, access to Fishers Peak was still limited, because the northern and westerly boundaries of James M. John SWA and Crazy French Ranch intersect at a point right at the top of the peak. And summiting the peak can be a challenge. Vandermeulen noted, “Scaling the peak will never be easy for the average person. The views from the rimrock of Fishers Peak Mesa are every bit as spectacular as those from the peak.” Now, access to the mesa can take a much more direct route through the new state park.

And this is just the beginning for Crazy French Ranch and Fishers Peak. Collaborators will carefully plan for the property’s future uses, aiming to marry conservation of the landscape’s wondrous natural resources with well-managed recreational and educational use. TNC senior conservation ecologist Chris Pague is already hard at work alongside CPW's senior wildlife biologist Brian Dreher to conduct an ecological inventory of the property. Over time, Pague, Dreher and a team of dozens will work to better understand the land’s ecology.

“Such a great opportunity for conservation, compatible recreation, and education is being considered carefully. More than 40 participants in an assessment of the conservation values is ongoing, providing unprecedented levels of information for use in the design. The assessment is also a partnership with the recreation community to assure that compatible recreation and conservation occur side-by-side,” said Pague. “The information will create an abundance of data on the species and habitats that the community wants to see protected and can be used for enjoyment and education of future generations. Knowing what depends on the ranch today can inform progress and decisions for tomorrow.”

This inventory will lay a foundation for partners to create a master plan that outlines the specifics of property management, potential utilities, exclusive protected areas, and improved public access. Matt Moorhead, conservation partnerships director with TNC said, “What defines success for us 20 years into the future is, ‘Is this property well-managed? Are all the natural resources and species still there? Is this property fulfilling its role in the vision Trinidad has set for itself?’”

The protection of Crazy French Ranch provides diverse landscape level acquisition, connection of various wildlife areas, access to meaningful outdoor recreation, and protection for wildlife and intact ecosystems. This project, the creation of Colorado’s next state park, presents an unprecedented opportunity for local and regional public-private partnerships to create a management plan that can serve as a model to the rest of Colorado and beyond.

As a child, I imagined seeing Trinidad from the top of Fishers Peak. I thought it was just a dream. As that long-shot possibility becomes a reality, my thoughts turn to how we, Colorado’s next generation of stewards, can ensure that we take care of and appreciate all of our incredible natural spaces like this one.

I grew up hiking on Fisher's Peak before it was the Crazy French Ranch. I very glad that it will now belong to the citizens of Colorado. John Merson
Nice article. Thanks for posting it. The views from the top of the Peak are amazing. Had the opportunity to go up there a couple years ago the realtor Henry Field, his son, and Karl Gabrielson. Looking forward to doing it again.
Having lived in Cokedale and Trinidad as a kid, I always wondered about Fisher's Peak. I love this area and did my Ph.D. (Colorado School of Mines, 1995) on the Spanish Peaks. Although the Black Mesa volcanics are much younger than the Spanish Peaks, they are of equal interest. What most concerns me is the protection of the flora and fauna atop Fishers Peak. Due to its innate inaccessability, the top represents an area that has largely been undisturbed for the 10s of thousands of years. For that reason, this area should be studied like a window into the past. Do not rush this, there is much to be learned and a lot to be lost if it isn't done properly. Also, numerous studies have been done with ideas toward both preserving and opening these lands up to public access. Let's avoid another Wheeler Peak fiasco.
Surely the kind and lovely folks that run the Fantasy Rail Trench HOA will enjoy the growing number of visitors, property valuations, and so forth.