Last year, we set out to make a video that told the story of GOCO’s GOCO’s Connect Initiative, which is closing critical gaps in trail networks across the state, and bringing more close-to-home recreation opportunities to Coloradans. Our Local Government Program Manager Jake Houston pointed us in the direction of Fruita, where we had just awarded a $2 million grant as part of the first round of Connect funding. 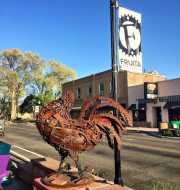 Why Fruita? It’s a shining example of the public, private, and nonprofit partnerships it takes to build a regional, connected trail system. The Colorado Riverfront Trail (CRT) first started 25 years ago with the idea to build safe access for residents and visitors stretching from Palisade to the east, through Grand Junction, all the way west to Fruita.

And GOCO has invested more than $11 million in the CRT, with this latest grant connecting downtown Fruita with the Kokopelli Trail system to the west, where you can ride all the way to Moab (if you’re into that kind of thing).

But ultimately, we chose Fruita to tell this story because Fruita demonstrates why trails are more than just nice places to walk or ride your bike. They’re a ticket to a strong and stable local economy.

Rural communities across Colorado are diversifying their economies with the business attracted by connected trail systems. Which, yes, means tourism, but it’s also more than that. In Fruita, trails and connection to outdoor amenities is a major part of the city’s pitch for companies to relocate to Fruita. And local businesses like the Hot Tomato Pizzeria have seen their best numbers yet since the trail opened – doubling previous years’ business on big weekends. And what’s more, the trails are unifying a community and creating a sense of place in a city that has so much going for it.

So in April, we went to Fruita. And we got to talking.

Parks and Recreation Director Ture Nycum was our incredibly generous tour guide, giving the communications staff (who, shame on us, had never been to Fruita) a crash course in this fun and funky town.

We talked to local business owners about the trail's impact on their bottom line; went to City Hall to learn how the mayor and city manager are laying the groundwork for Fruita to become an outdoor industry hub; and soaked in decades of stories from Paul Nelson with the Colorado Riverfront Commission. We also ate a LOT of (incredibly delicious) pizza.

Ture also got us out on mountain bikes for the first time…ever. Laura is happy to still have her job after telling Rosemary we’d “just being going for a quick bike ride” without mentioning none of the surfaces would be paved. Don’t worry, we survived, and took plenty of pictures to show off to our more bike-savvy coworkers.

We came back to Grand Junction in May for the Colorado Parks and Wildlife Commission meeting, and took advantage of more time out west to meet with Brad Taylor of the Colorado Riverfront

Commission (you may know his son, Zach, who is the park manager at Staunton State Park!). Brad showed us the rest of the CRT – where it travels through Grand Junction, through Palisade, and what gaps are still left to fill in. We were awestruck by the decades of work by this group – their dedication to a vision of a connected community is incredible, and is still going today.

To round out our deep dive into all things CRT, we spoke to the Bureau of Land Management (BLM) office in Fruita and the Western Slope non-profit Colorado Plateau Mountain Biking Association (COPMOBA).

The Kokopelli trail system, where we rode bikes and where the new trail segment will take you to, is managed by BLM and the (small) agency is responsible for managing a huge spectrum of jobs – everything from cleaning up dog poop to managing the tens of thousands of visitors at trailheads each year.

Meanwhile, COPMOBA has played a role in building or connecting almost every trail in the region, all of which are on federal lands. Between COPMOBA, BLM, and the City of Fruita, a remarkable partnership has been forged over the last decade to build trails for Coloradans. Today, people ride, walk, and run on the CRT to get to work, spend time outside with their kids, and patron local businesses. 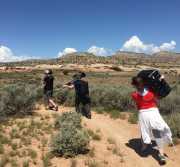 In June, we finally got the cameras rolling. John and James from Milkhaus met us in Fruita for three days of go-go-go. It was lights, camera, action in Fruita with a slate of new interviews (cue Milkhaus being very alarmed at how many people we insisted be included in the video…and that was our short list!).

But shooting a video isn’t all glamour, as you can see from Rosemary, James, and John hauling camera gear all the way back into Rustler’s Loop. The video doesn’t show the hundreds of gnats swallowed by Chris and Jake during their interviews, or the fact that all of our bike models (aka Ture’s entire family, Chris, and Chris’ friend Chantell who may never go on a bike ride with him again) had to go back and forth over the same quarter-mile stretch of trail for hours.

After three days, we were covered in red desert dirt, full of pizza, a little tired, but very, very happy.

And now, the video is (finally) here! We’re so excited to share this project with you, and to have the honor of telling Fruita’s story. Enjoy! 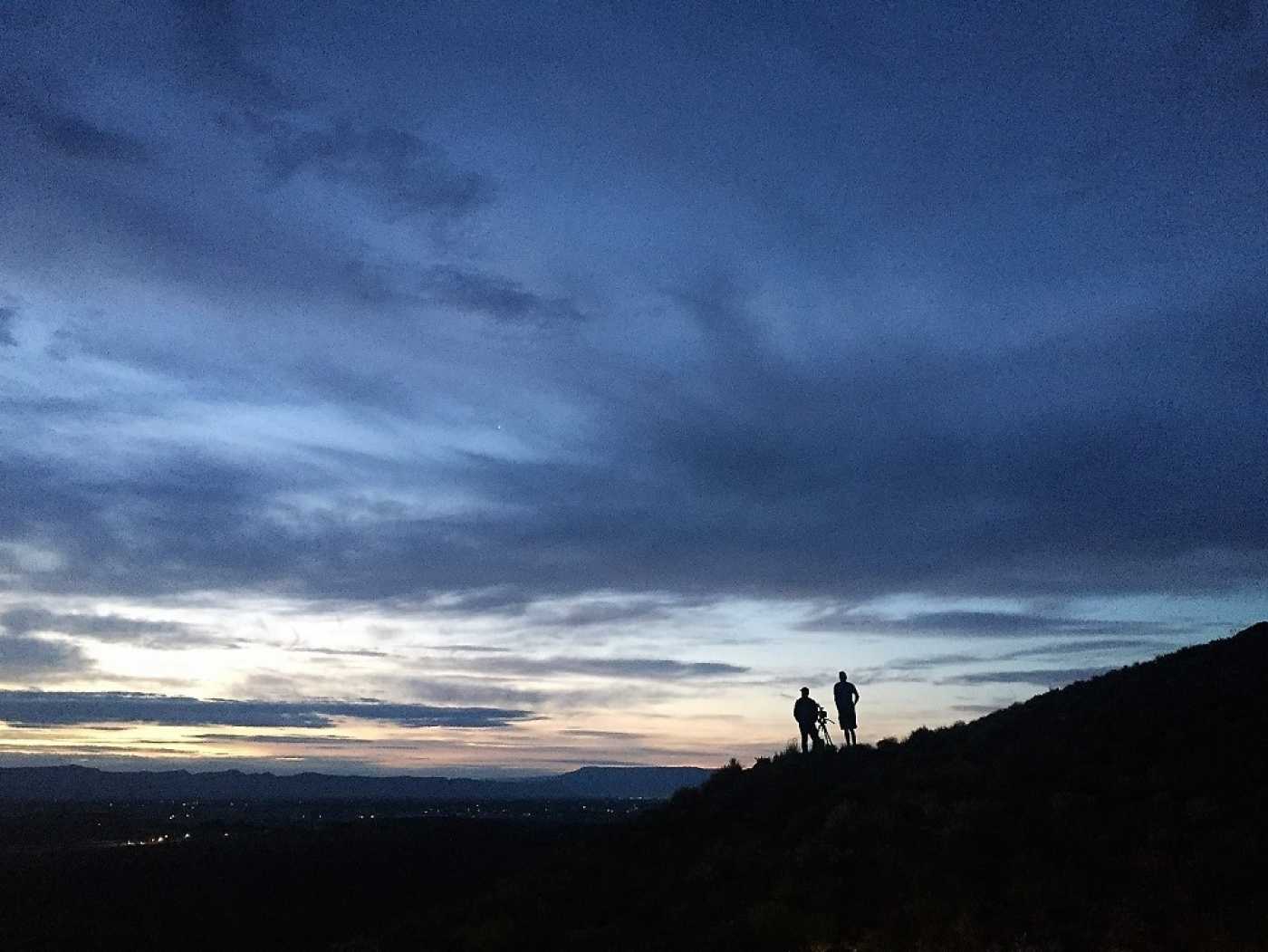