Hardscrabble Open Space near Eagle to be permanently protected with $3.1M GOCO grant 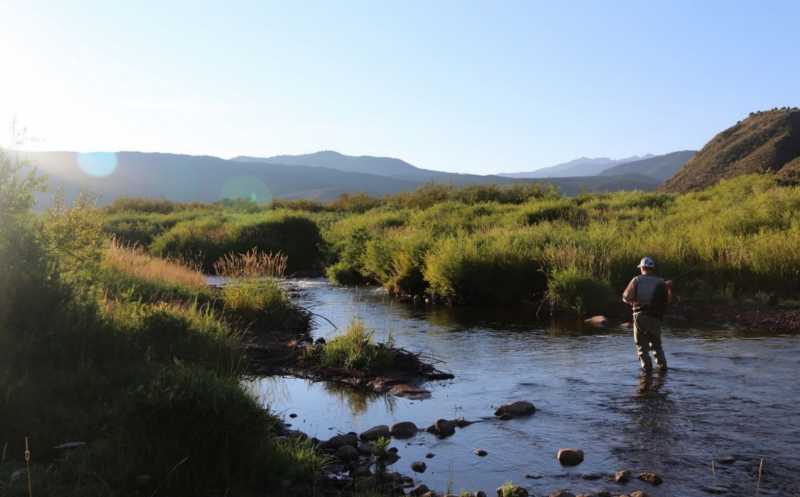 Denver – The Great Outdoors Colorado (GOCO) Board awarded a $3.1 million grant on Thursday to The Conservation Fund (TCF) to acquire the 1,540-acre Hardscrabble Open Space near Eagle, which it will convey to Eagle County Open Space.

This grant is part of GOCO’s Protect Initiative, a three-year initiative that began in 2016 to fund large-scale, once-in-a-lifetime conservation opportunities amid a booming statewide population. Projects may encompass thousands of acres or smaller urban parcels, but they must present a compelling urgency and be accessible or visible to the public. To date, GOCO has awarded $30.5 million in Protect grants, which will ultimately invest $47 million in land conservation across the state.

Hardscrabble Open Space will culminate a 30-year conservation effort in the Brush Creek valley, including the 1999 addition of 1,782 acres along East and West Brush Creek to Sylvan Lake State Park using GOCO funding. The project will permanently protect the property from development, achieving large-scale conservation of critical wildlife habitat, increasing public recreational access to connect people with nature, and keeping agricultural land with senior water rights in production. It comes in the wake of a significant threat of development after the ranch was purchased by a Denver developer in 2015.

Hardscrabble contains the last remaining piece of Brush Creek large enough for movement and habitat of big game and is a candidate for the reintroduction of the cutthroat trout, Colorado’s state fish that is currently listed as an endangered species. The ranch also contains 2.5 miles of Salt Creek and Brush Creek that flow into the Eagle River, sustaining the water supply for both people and wildlife.

The project will allow for the construction of trails connecting Hardscrabble, the Town of Eagle, and the surrounding areas, and it will provide public access to Brush Creek for fishing and wildlife viewing.

The $3.1 million GOCO grant will be leveraged with additional funding from Eagle County, the Town of Eagle, the Eagle Ranch Wildlife Commission, the Eagle Valley Land Trust, and Trout Unlimited.

Great Outdoors Colorado (GOCO) invests a portion of Colorado Lottery proceeds to help preserve and enhance the state’s parks, trails, wildlife, rivers, and open spaces. GOCO’s independent board awards competitive grants to local governments and land trusts, and makes investments through Colorado Parks and Wildlife. Created when voters approved a Constitutional Amendment in 1992, GOCO has since funded more than 4,900 projects in urban and rural areas in all 64 counties without any tax dollar support. Visit GOCO.org for more information.