Where Do You GOCO- December 2017 Projects

After projects are awarded funding, grant recipients have about two years to make their projects happen. In December, 26 projects crossed the finish line, representing $11.5 million invested in communities across the state. Scroll to see if one’s near you:

GOCO funded a conservation easement for CPW to help protect over 2,000 acres of the Collins Mountain Ranch in Rio Blanco County. The property provides habitat for several species of wildlife, including greater sage-grouse, Columbian sharp-tailed grouse, and big-game species, as well as hay fields and pastureland for livestock. Curious about conservation easements? Read more about them here >> 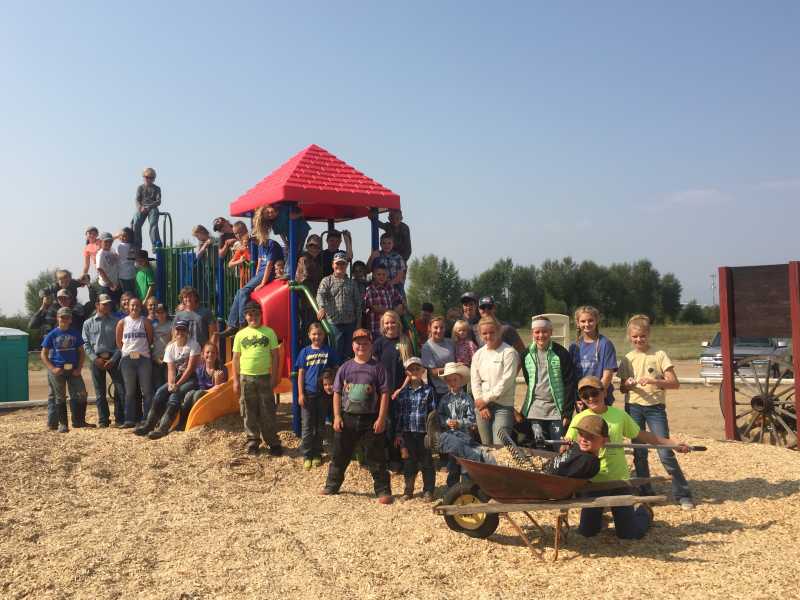 GOCO awarded a local government grant to Jackson County, which partnered with the local 4-H club to replace an old wooden playground with safer, updated equipment and surfacing at Alisha Adkins Memorial Park.  Read more about how we fund parks and who can apply >>

CPW used its GOCO grant to purchase a 160-acre piece of land adjacent to Staunton State Park known as the Berrien parcel. The property is surrounded by Pike National Forest and will eventually be open to the public for recreation opportunities.

The City and County of Denver’s Parks & Rec department partnered with Environmental Learning for Kids (ELK) and the Trust for Public Land to develop a plan for the construction of an environmental education center in Montbello, a neighborhood in the northeastern section of Denver that is also benefitting from a GOCO Inspire Initiative grant. The space will provide at-risk youth and their families with the opportunity to learn about and connect with science and nature. Learn more about GOCO’s Inspire Initiative and its recipients >>

Enhance Habitat on Lands and Water

This grant assisted CPW in improving habitat on private lands, funded water quality monitoring as part of the organization’s RiverWatch program, and helped CPW manage its water rights, among other things. 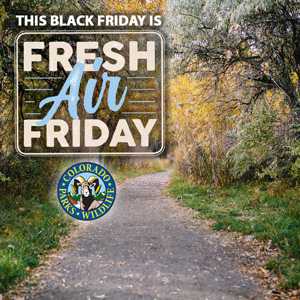 This GOCO funding helped CPW keep all 41 of its Colorado state parks open and free to the public on Black Friday, a day that is usually filled with shopping and other indoor activities. Opening the parks at no cost encouraged people to spend the day outside with their families. Find out more about the Fresh Air Friday program on CPW’s site >>

This Inspire Initiative grant helped the City of Pueblo collaborate with community-based organizations including the Pueblo Zoo, the Nature and Raptor Center of Pueblo, and the Mountain Park Environmental Center, and develop a plan around their common mission of educating children and their families about wildlife and the outdoors. The coalition aimed to make the streets of Pueblo safer for kids and to improve access to the outdoors for all Pueblo residents.

Larimer County and a collective of partners used GOCO funding to identify barriers to connecting kids with nature. The group created new partnerships among community-based organizations, with the local branch of the Boys and Girls Club serving as the coalition’s hub, and generated a plan for addressing the issue of kids and their families spending less time outdoors.

CPW will use GOCO funding to treat harmful and invasive weeds with a variety of techniques, including weed mapping, revegetation, and restoration. The organizations works closely with Colorado State Forest Service and local governments to determine needs and develop effective management strategies.

Leveraging GOCO funding, Kit Carson County updated many facilities at its fairgrounds, including restrooms, sidewalks, and electrical equipment. The grounds serve as a site for many local events, and the improvements were welcomed by the community.

A conservation easement helped protect 320 acres in Garfield County. This easement served as an amendment to a 2014 easement also covering 320 acres of land, bringing the total acreage to 640. The property is home to moose, mule deer, and elk, as well as species of concern like the northern leopard frog and northern pygmy owl. Read about what exactly a conservation easement is here >>

GOCO awarded a planning grant to Montezuma Land Conservancy and a coalition of partners called the Montezuma Inspire Coalition, working to identify and break down barriers between Montezuma County’s underserved youth and the outdoors. Their goal is to leave no kid inside, and this grant helped the group develop a plan centered around empowering outdoor programs for youth of various ages. Read more about the impact of this program >>

This grant awarded to CPW helps protect native species across the state. Some species of concern, such as the Gunnison sage grouse, Lesser prairie chicken, prairie dogs, and Cutthroat trout benefit from the work. 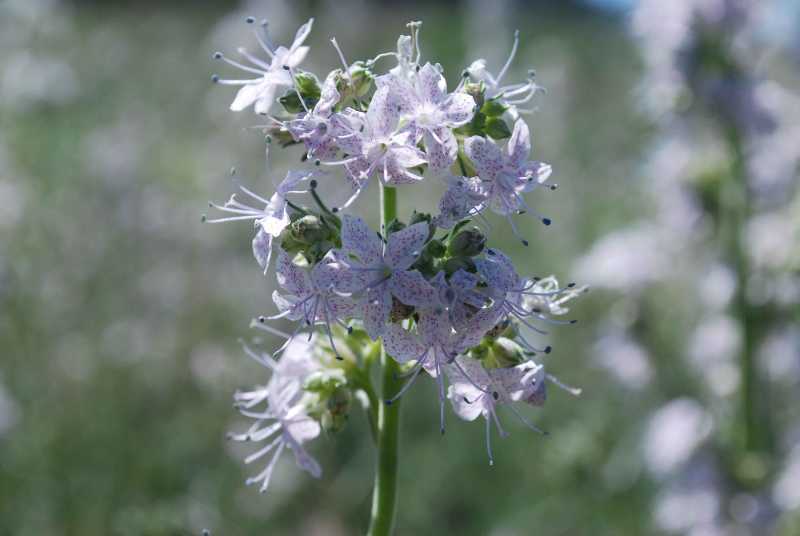 This grant helped CPW to purchase an 88-acre parcel of land known as the Pagosa Skyrocket State Natural Area, which contains 90% of the world’s population of the Pagosa skyrocket phlox flower. The flower was listed as an endangered species in 2011, and the land acquisition allows CPW to protect the property. Learn more about the Pagosa skyrocket flower >>

With this GOCO grant, the Town of Granby made updates to Raffety Park, which previously contained only two tennis courts and a soccer dome. Improvements include a new playground, an outdoor education classroom, picnic areas, and updated landscaping and infrastructure. The park sits adjacent to East Grand Middle School and Indian Peaks Charter School and serves as a play area for students from both.

The City of Sheridan is nestled in the Bear Creek Watershed, which lies between Mount Evans and the South Platte River. Yet, children living in the community have few opportunities to get outside. City officials and a coalition of partners used this planning grant to identify physical, economic, and cultural barriers to the outdoors and generate community-specific ideas for breaking those barriers down.

This grant helped CPW construct facilities for fishing at Davis Ponds located in Staunton State Park. The new facilities include a designated trail, piers for easy access, and picnic areas. CPW focused on constructing all project components with the surrounding natural resources in mind, and the new trail discourages visitors from stepping into protected areas. Plan your trip to Staunton State Park >>

This CPW grant helped the organization expand upon a previous conservation easement, bringing the total of protected land on the Washburn Ranch in Dolores and San Miguel Counties to more than 3,000 acres. The property provides habitat for Gunnison sage-grouse, an endangered species, as well as big game such as elk, mule deer, and black bears.

With this GOCO grant, CPW placed a conservation easement on the 3,672-acre Yarmony Ranch in Jackson County. The property provides habitat for big-game species, as well as endangered species like the river otter and greater sage-grouse. Two bodies of water bisect the land, the Illinois River and Deer Creek, and their shorelines serve as habitat for several species of bird and waterfowl.

The Conservation Fund acquired a conservation easement to protect 2,570 acres of the Yust Ranch, located just outside Kremmling in Grand County. The property has been owned by the Yust family since 1884 and is surrounded by public land managed under Colorado’s Bureau of Land Management. The property is home to some of the largest big-game herds in the state as well as greater sage-grouse.