The third prong of GOCO's new strategic plan is Protect, an initiative aimed towards protecting large swaths of open space as Colorado's population continues to grow. But why does land conservation matter? You may think protecting land doesn't affect people, but Alamosa's Rio Grande Farm Park (RGFP) shows us just how personal conservation can be. 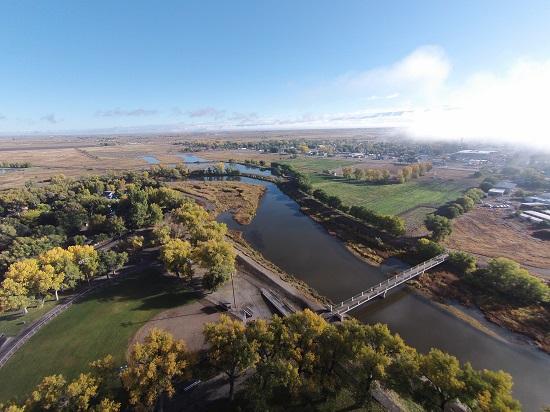 What started as a small community garden done on a handshake has blossomed into a 38-acre opportunity for the Alamosa community to enjoy green space, walkable access to and from downtown, and the first urban farm of its kind. The Rio Grande Farm Park (RGFP) sits on what was once an elementary school campus, and today provides an oasis for healthy foods and connecting to nature in this rural Coloradan community.

Alamosa is located in the San Luis Valley, where stunning backdrops of Colorado scenery contrast with the state’s most impoverished communities. But the town’s residents banded together to raise nearly $1 million to save the land for the potential park, which was at risk of being developed when the school board opted to sell it.

The Trust for Public Land purchased the property in July 2014 with a $700,000 bridge loan provided by a community donor to cover the upfront costs; a risky move that project manager Wade Shelton acknowledged wouldn’t have been possible without unique funding partners like the LOR Foundation and GOCO.

“This park is a demonstration of how lucky we are to have a funder like GOCO in the state. GOCO lets us innovate and push the envelope in a way that a lot of other states would love to, but there’s no funder to enable them to do it.,” Shelton explained.

GOCO ultimately awarded a $254,000 open space grant to permanently preserve the acreage the park sat on.

When people think of land conservation, they often struggle to see how that can benefit people, but the Alamosa park is an example of how conservation directly impacts communities and improves quality of life.

The park is in a rural part of Colorado, but the project has applications for urban areas trying to carve out green space in densely populated neighborhoods. Ultimately, the park will build out its trail system to connect to downtown, provide 16 acres of agricultural land, access to the river, programming for young farmers, and a gathering place for a community that is hungry for a sense of place. 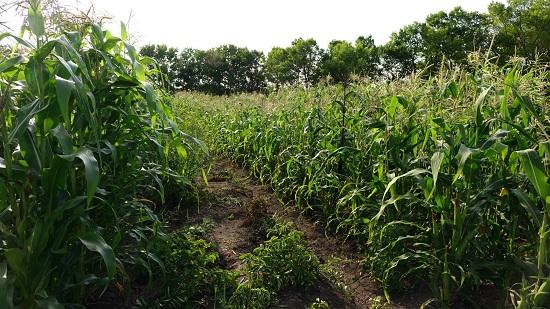 “We all need places to go close to home,” Shelton said. “It’s great living in Colorado and getting to go to Rocky Mountain National Park, but day-to-day it’s about what’s close to your house. If you want people to live healthy lives, be happy, and care about the natural world, that gets fostered in what you do as a kid close to home.”

TPL’s mission is to create public spaces that will help people connect to the land, and their bottom-up approach to community engagement allows them to create master plans and ultimately construct parks that best serve what a community wants in a park. The key to their success is that grassroots approach, an effort that couldn’t have been achieved in Alamosa without the San Luis Valley Local Foods Coalition (SLVLFC).

“Our organization has a lot of skills and resources to bring to the table, but we’re not local,” Shelton said. “We’re very lucky to have partners like the food coalition [formerly LiveWell Alamosa] so that we can make sure what we’re doing is really meeting the needs of the community.”

SLVLFC is working to create an equitable local foods system in San Luis Valley, and the park has become an integral first step in that direction. As the land acquisition is finalized, the park is already becoming a vibrant gathering place for Alamosans.  This fall’s super moon prompted dozens of community members to gather in the park for an impromptu viewing party, and park director Julie Mordecai described how well-loved the park has already become.

“The National Young Farmer’s Coalition was in town, and they invited a bunch of young farmers to have a kickball game and a barbeque. That was another [event] that was also spontaneous,” said Liza Marron, SLVLFC  executive director. “I’ve lived here a long time and I never saw anybody in the river. Now, when we’ve had events, we have people laughing and playing and splashing in the river, and that’s just a beautiful change.” 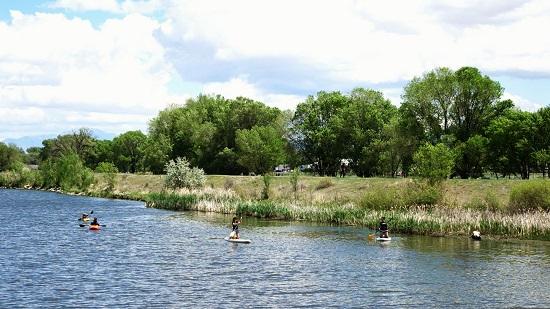 “Community members already use the park like crazy,” Marron said.  “People are walking, jogging, and on their bikes. There’s a lot of birding you can do.

“Blanca Peak, which is a 14er here in the San Luis Valley, is the prime view. There’s 360 degrees of views. It’s where the river turns south to New Mexico. It’s the perfect spot,” Marron said.

The park will eventually move beyond the current community farmers to invite budding farmers looking for small plots of land. Anyone is invited to Alamosa to lend a hand on their monthly work days. To participate, you can email Julie Mordecai or call her at 719-580-0379.  Alamosa will also serve as one of the hubs for the San Luis Valley’s Inspire Initiative grant.

To find out more about SLVLFC, visit www.slvlocalfoods.org. You can learn more about Rio Grande Healthy Living Park at www.healthylivingpark.org.