One year after Great Outdoors Colorado awarded emergency flood recovery funding, many parks and trails destroyed in the fall 2013 deluge are re-opening or will be restored this summer.

When flooding ravaged Front Range communities in September 2013, GOCO acted to help them bounce back by dedicating $5 million to repair damaged parks and trails.

Fourteen communities were awarded funding on April 9, 2014, and a year later, substantial progress has been made. Here is a sampling:

Winter isn't gone yet! With March and April traditionally being the snowiest months in Colorado, Kristin Mastre of Fresh Air Fort Collins was kind enough to share her tips for beginners to get out there and enjoy the Colorado snow.

How to make the most of snow in Colorado

Maybe you just moved to Colorado and you’re ready to jump feet first into our winter activities. Or maybe you’ve loathed the snow but have had a change of heart and want to give the white stuff your best shot. Read more about Guest Blog - Fresh Air Fort Collins 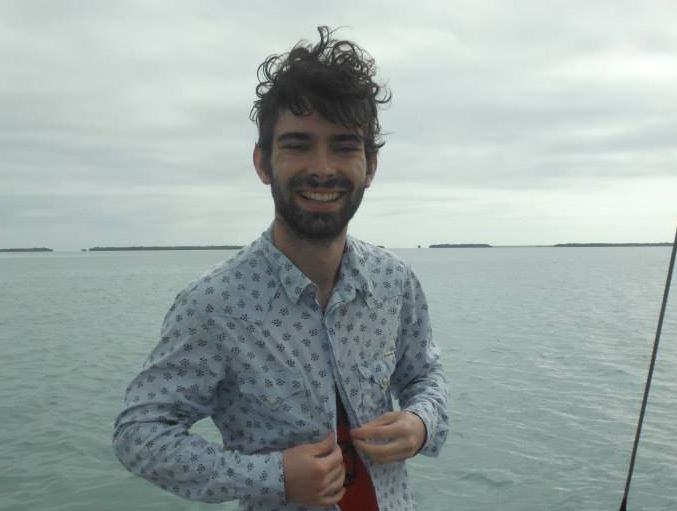 Connor Schake joined the GOCO team as a data intern in 2014. Connor was integral in creating our new Projects By County map feature - make sure to check it out to find GOCO-funded projects near you!

What did you major in at college? What are some of your goals for your career? Read more about Faces of GOCO: Meet Connor Schake

“The tendency nowadays to wander in the wilderness is delightful to see. Thousands of tired, nerve-shaking, over-civilized people are beginning to find out that going to the mountains is going home; that wilderness is a necessity; and that mountain parks and reservations are useful not only as fountains of timber and irrigating rivers, but as fountains of life.”
John Muir Read more about Guest Blog - Ranger Kaiti May 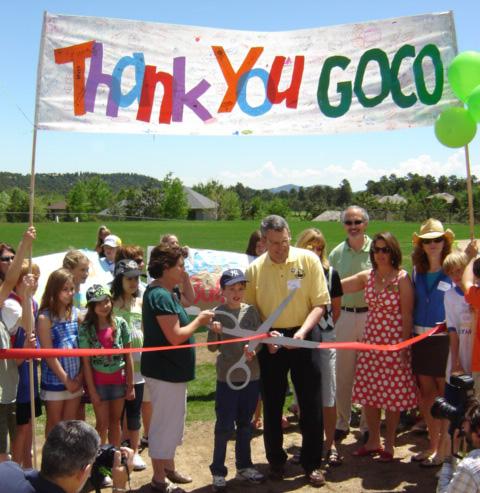 Before the ribbon was cut, before the last piece of the playground is put into place, before ground was even broken on the project, there are months (and sometimes years) of planning that have gone into the moment when a bunch of kids gleefully run onto their new playground. Read more about Behind the Scenes of the School Play Yard Initative

You may already know that Quentin Tarantino’s latest movie, Hateful Eight, is being filmed in Colorado. But what about the ranch it’s being filmed on? Read more about More Than A Movie Set 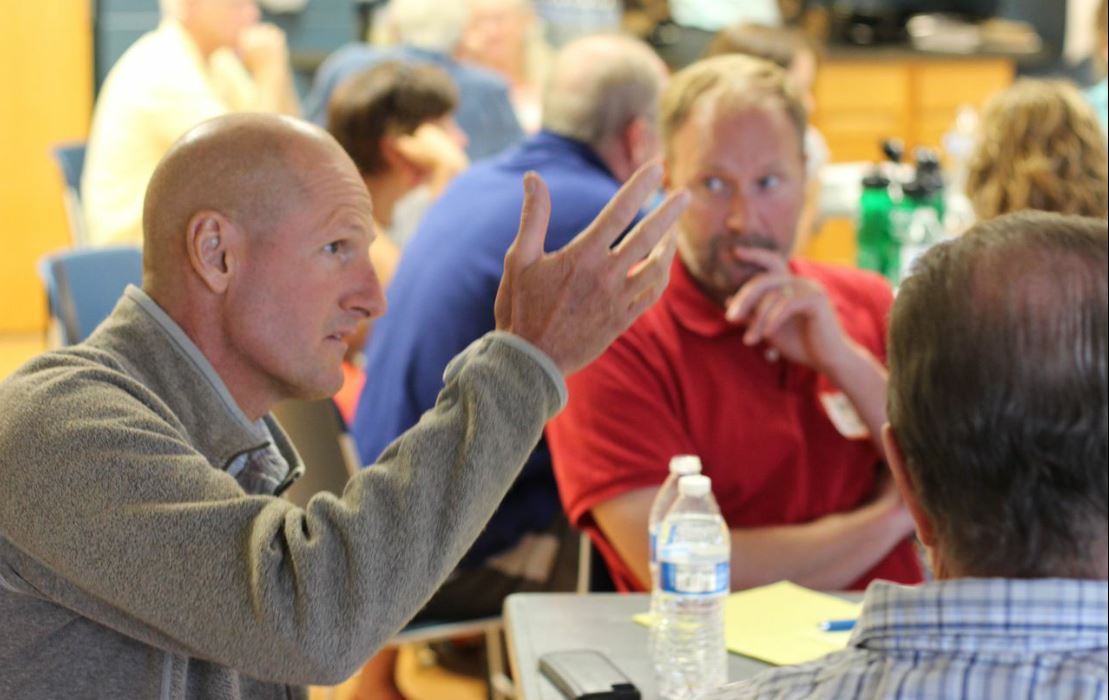 We've wrapped up our month-long Listening Tour across the state, but we are still listening.

You can still participate by going online and completing our survey. Your input and ideas will help us draft a strategic investment plan that reflects the top priorities of the people of Colorado. Read more about We're listening 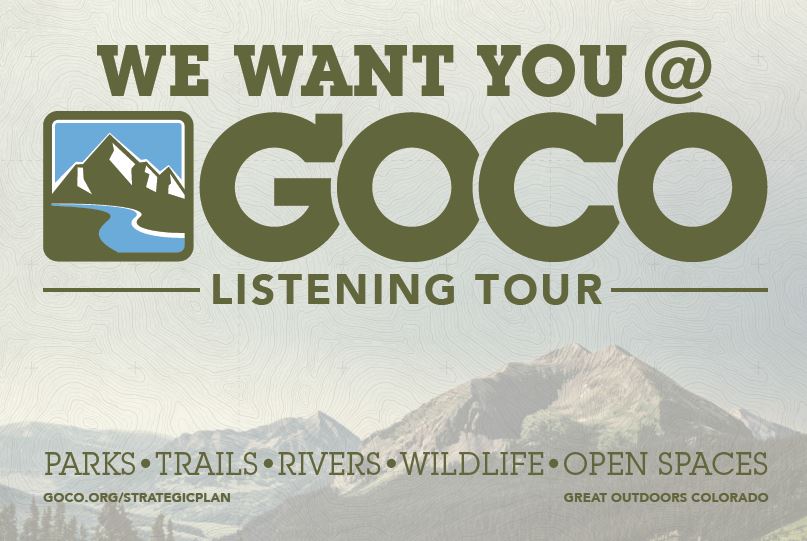 GOCO has relied on input from Coloradans across the state to decide how lottery funds should be invested in the great outdoors. GOCO holds regular statewide stakeholder meetings to help us ensure that our investments continue to meet the needs of all Coloradans. Read more about Listening Tour

Rolling out this month to your local Colorado Lottery retailer will be a new scratch game called “Where the Money Goes.”  And one of the four versions of the $2 game should hopefully look familiar. It will sport the GOCO logo and an image of Crested Butte by local photographer Tom Stillo that also graces our annual report, social media channels and other GOCO stuff. Read more about Scratch that!